scroll down
Our Founder/The Distillery 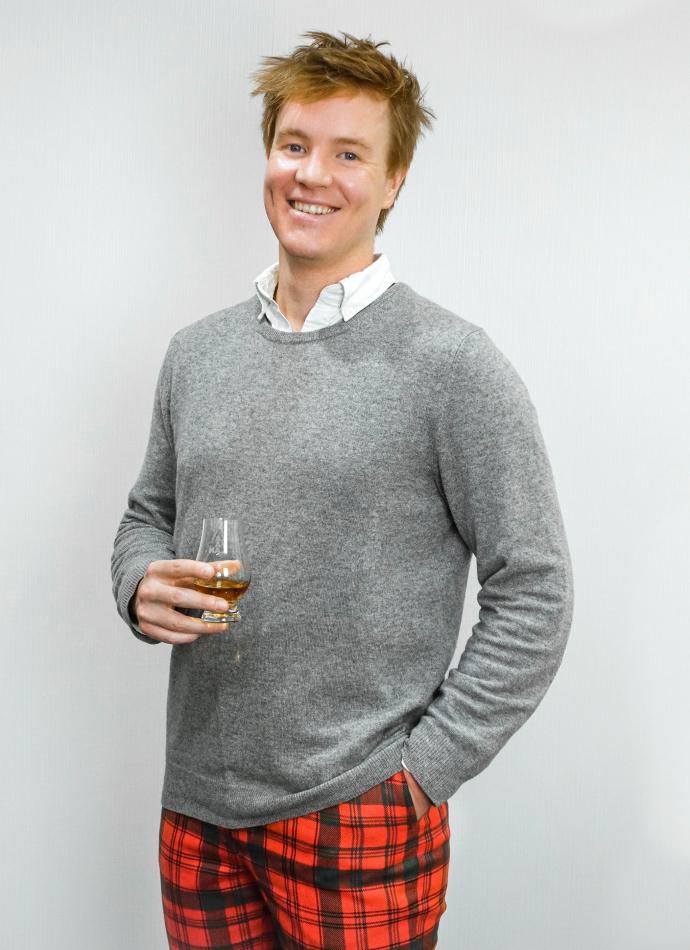 Prior to founding Barley Nectar, the world’s first NFT backed whisky distillery and club, Alistair worked lecturing on whisky, hosting corporate tastings, and growing a whisky cask and bottling operation. He previously led several businesses including Cask Master, a whisky broker based in Hong Kong, and DMD Agency, a marketing agency specialising in whisky and spirits based in London. Alistair’s family have worked in whisky and drinks for eight generations, he is proud to continue the legacy with the establishment of Barley Nectar.

Eight generations of MacDonald’s family have each put their own spin on passing on their passion and know-how for whisky.

Beginning in the 1820s when ‘Long John’ MacDonald moved from bootlegging whisky illegally, to championing and growing the Ben Nevis Distillery.

‘Long John MacDonald’ (1799-1856) and his son Donald Peter (1835-91) are widely recognised as building the Ben Nevis Distillery, and accompanied ‘Long John’s Dew of Ben Nevis’ brand, into one of the best loved Highland single malts.

As the name implies, ‘Long John’ was a big man. Standing at 6ft 4in tall, he was known as a great sportsman, and described by a contemporary as being ‘a happy Hercules, the tallest man I ever beheld out of an exhibition’. Outside of running and growing the Ben Nevis Distillery, he led the Mountain Rescue Team for the treacherous Nevis mountain range.

He was well known for his publicity stunts, even going so far as to sending an unsolicited cask of whisky to Buckingham Palace, to be drunk on the 21st birthday of the then Prince of Wales (later King Edward VII).

After his fathers’ death, Donald Peter acquired the distillery and stocks for Ben Nevis, and greatly expanded the business. Eventually growing to the point that they owned their own fleet of cargo ships to transport the liquid gold to Glasgow and across the west coast of Scotland.

Much like his father, Donald Peter had a flair for publicity. As a marketing move he satirically co-opted a British Medical Association issued report into alcohol related disease, claiming that rather than causing any harm, drinking Long John was in fact likely to lead to a much longer healthier life.

Following Donald Peter came his son Colonel Archibald William MacDonald (1879-1964), and later grandson Major Andrew MacDonald (1907-1997). They managed the distillery and brand through a difficult downturn in the whisky industry over the early 1990s. They initially sold the Long John brand, now owned by Pernod Ricard, and later the distillery itself, now under Nikka.

Their son Rory MacDonald (1930 - ) moved to New York to sell whisky bar to bar, before he returned to the Highlands and established a new whisky brand ‘MacDonald’s Glencoe’. Known now primarily as an area of exceptional natural beauty - ‘MacDonald’s Glencoe’ was named to commemorate an infamous massacre in 1692 when the Campbell of Glenlyon’s men, under the order of King William, massacred the MacDonald’s living in the area. Whilst some of the family were able to escape into the hills, others were slain in their beds, or else left to die in the snow. The ‘Glencoe’ brand was later acquired by the Ben Nevis Distillery in the 1990s.

Finally Rory’s son, and Alistair’s father, Ian Peter MacDonald (1961 - ) ventured outside the family whisky obsession by working in the beer industry (beer is arguably undistilled whisky). He founded the ‘Glen Spean Brewery’ in the Highlands of Scotland.

Despite this history, Barley Nectar marks a real shift from the past. By marrying together the craftmanship and heritage involved in the whisky industry, with the technical innovations made possible by blockchain development, Barley Nectar are creating a whisky brand made by and for their supporters.